Is the Risk Worth the Reward? – One Gypsy’s Thoughts on Adventure Travel 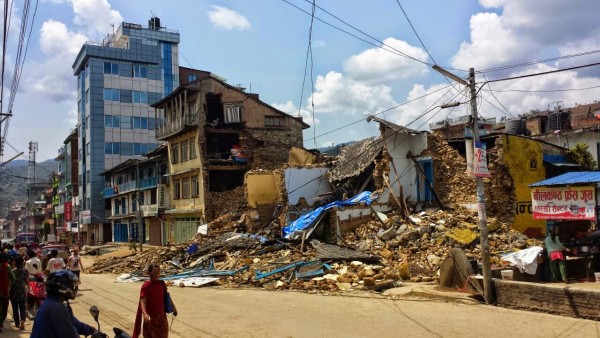 [Note: In response to the devastating Nepal earthquake that has (as of the time of this posting) killed over 6,000 people, I donated to Direct Relief. Why Direct Relief? From the list of accredited nonprofits compiled by Charity Navigator, they seem to have the most experience in disaster response, have very low overhead, and are transparent with their spending and operations. I donated directly to their Nepal fund, but for those interested in other aspects of recovery work or who want to make sure that their dollars are going to specific projects, I’d recommend researching the organization’s operating budget (i.e. what percentage is going to the end cause?), experience in disaster relief, and experience in the region.]

The aftershocks of the tragic 7.8 magnitude earthquake in Nepal have been felt around the world, but one of the biggest and unexpected shocks to me was the death of Googler and Laundry SF co-founder Dan Fredinburg.

I had only met Dan a few times for business, so I didn’t know him on a personal level, but having spent a few hours with him was more than enough to know that he was someone worth keeping close. When we first met in person, after having been introduced via email by a mutual acquaintance, he threw his arms open and immediately lifted me off the ground in a giant bear hug. I love bear hugs, and particularly (if my bladder is empty) airborne ones, so he won me over right away. From there, we easily connected over Burning Man, climbing, traveling, and our general sense of adventure. Both he and his co-founder were so sweet, funny, compassionate, and welcoming that one afternoon was all it took to get me excited about working with them in the future.

In reading the stories that flooded TIME, New York Times, TechCrunch, CNN, and other huge publications after his death, I learned that there was a reason we bonded so well: not only was he an incredibly friendly, warm, and energetic person in general, but moreover he had lived the exact life that I want to live. He was the type of person who had an abundance of both talent and charisma, and who used his connections for social impact as well as personal happiness. He died doing one of the most extraordinary things an adventurer like myself can dream of, and though that’s a fitting tribute to his boundary-pushing lifestyle, it’s also a sobering reminder that such radical choices contain significant risk, as adventure travel is oftentimes inherently dangerous.

I didn’t really consider that fact when solo-Voyaging. My mom told me after I returned that she prayed for my safety every day, and though she didn’t want to say it, I knew she worried extra hard on the days when I didn’t check in. Though I was for the most part lucky, there were certainly some treacherous moments: the time I woke up to a bloody coked-up stranger trying to get into my dorm bed; the time I was dropped off on the side of an elevated freeway in the middle of the night and had to trust motor-taxis to get me down; the times angry drunk men came extremely close to physically assaulting me. And those are just examples of urban travel, which is for the most part much safer than anything remotely close to climbing Everest.

But I guess the point is that those experiences, as scary and unnerving as they were, were part of a larger experience that I feel was definitely worth the risk. In comparison, I’m reconsidering my goal of reaching Annapurna’s Base Camp (ABC) [though these videos and photos really make me envious], since I recently discovered that my limit for hiking is a 20-mile roundtrip in Big Sur. Admittedly, adjustments would be made – I wouldn’t be carrying a third of my weight, for one, as I’d probably stay in lodges (reducing the need for a tent and sleeping bag) or would hire a Sherpa – but the risk of avalanches, altitude sickness, and GI problems severely curbs my desire to experience the Himalayas as intimately. As much as I hate to box myself in, I know that for me, the risk far outweighs the reward, and as such I have to adjust my bucket list accordingly.

Dan’s death hits home because it puts front and center the immensity and unpredictability of life, despite the most careful precautions. To think that someone so young, accomplished, and fearless could perish in this way is terrifying, and certainly makes me doubt some of my more ambitious travel plans. But as my old roommate noted, walking across a street on a Friday night can result in a similar fate, without the stunning feeling of accomplishment and excitement at experiencing new things. Looking back at my trip, I might not have been as cavalier about cliff-diving in Croatia or motorcycling around the jungles and metropolises of Thailand, but living those things definitely brightened my past and expanded the options of what I’d be comfortable doing in the future. As Dan’s friends noted, he lived two lifetimes in one, putting his all into everything he did and doing as much as he could with what he had. And as such, he led a truly rewarding life.

In that respect, the bigger risk is not doing anything. So go out and (safely) adventure. Live a life worth living, and be an inspiration for the people around you to do the same. Your legacy is yours to make, so start working on it today.