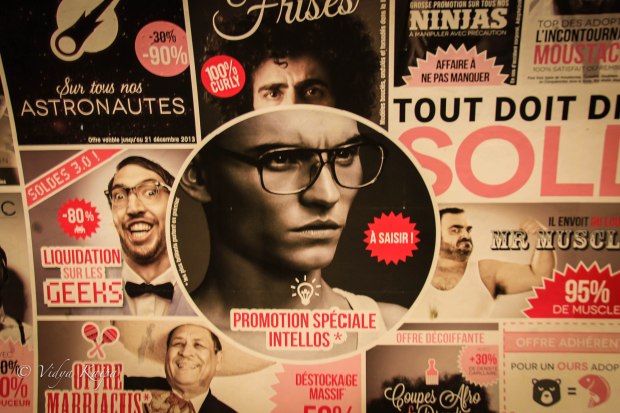 Author’s Note: I had written a very pleasant blog post about the happy feeling of reuniting with someone you know while traveling. However, I have now quite unpleasantly found out that WordPress didn’t auto-save over the 2-3 hours it took for me to write and edit it, so it’s now completely gone. Murghhhhh. I thought about rewriting it with the same skeleton and whatever details I could remember, but decided against it. A second post, nearly identical in form to the first, would inevitably read as something totally different – which brings me, coincidentally, to this post…

I flew into Paris for the second (technically third? or fourth?) time in June of 2013. I had just returned from 4.5 months in Asia, survived the massive culture (and fiscal) shock of England, and was fully prepared to sulk around in Papy’s apartment and figure out my life.

You see, I hadn’t come to Paris to enjoy the summer, eat baguettes, and find myself a cute French boy (though this sequence might as well be the official advertisement to American women). I had come to Paris to hide from the world with one of the coolest dudes I know, who, of course, is worth visiting himself, and decide whether I was going to head home to the States or onwards with my vagabonding European life. 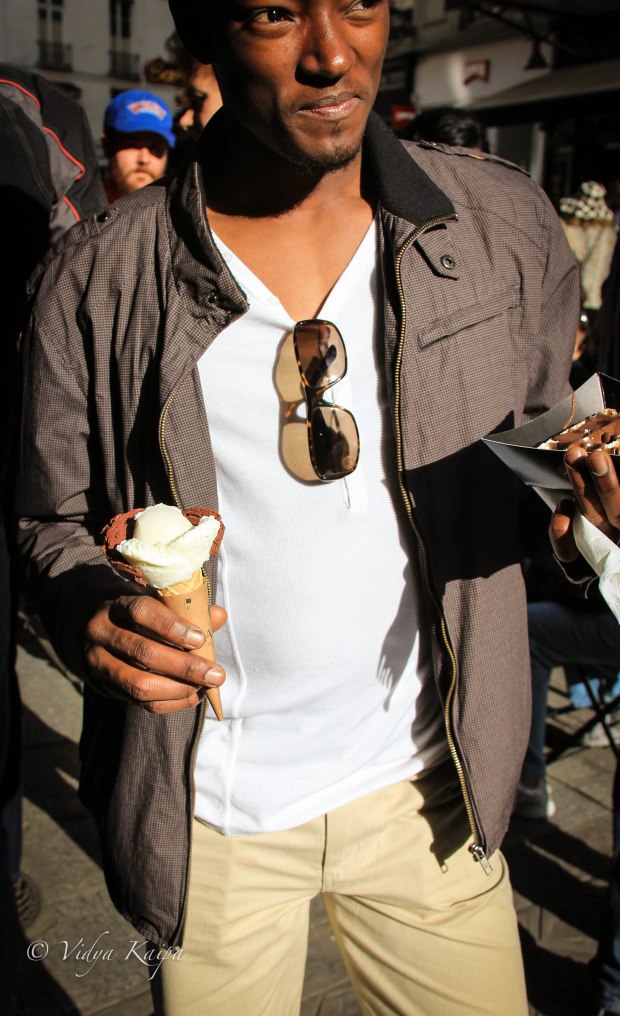 I decided to go with the latter, as those of you following this blog know, and I owe a lot of credit to the city itself. This was very surprising to me, since I actually didn’t really like Paris too much on earlier trips. Friends would rave about its beautiful shops and its fantastic food, but as a vegetarian counter-consumer, neither of those things appealed to me. I don’t speak French – nor can speak French; I sound like a Muppet with laryngitis – and Parisians are so particular about their vernacular that I wouldn’t even attempt to learn (outside of Papy, who put up with a lot of my butchered French practice). I’ve written about my initial observations of Paris during the first leg of the trip; aside from amazing photo opportunities, I was pretty Paris-ed out.

But when I returned in June, I realized that’s because I had seen Paris during a totally different time of the year, one that didn’t cater well to a budget solo traveler. While November was spectacular in its own right, decadent in early Christmas lights and animated store displays, the streets were often dark and deserted, and the only places to escape the cold were private establishments with hefty associated costs. While Papy was at work, I roamed the arrondissements alone, avoiding conversation (which was relatively easy) and feeling particularly self-conscious of my solo status. When it would rain intermittently, I would imagine myself as the heroine in a melancholy but romantic movie about a woman who dies of loneliness.

June was totally different. Everyone sported their summer best, which in Paris is truly spectacular. They strolled the cobblestone streets easily, relaxed and quick to smile. They ate long luxurious meals outside, savoring the sweetness of summer (though tainting it with their damn cigarettes – still hate that about Europe). The beautiful architecture seemed even more radiant, bathed in sunlight for twice the number of waking/sightseeing hours. I spent more time walking around aimlessly, sitting in parks for hours or on random benches, watching people in their various stages of life. Everything about Paris – the grandiosity, the clammer, the immensity, the peculiar but ever-so-French nature of the people – was magical. I finally gave in and fell in love with the city.

I’ve returned to a few places over the course of my trips – Hyderabad and Bangalore, Luang Prabang and Chiang Mai, Cambridge and London, Berlin and Barcelona – and I’m rewarded by each revisit. After all, you can’t step in the same river twice; the culture and politics and effects of nature and development all play significant roles in constantly redefining and recreating a place. As I learned with Paris, even times of the year can make a difference. I traveled around the world and through the calendar to come back to a completely different city. I wasn’t wrong to hate Paris at first, but that’s not an opinion I have to stick to.

I see several people eager to cross places off their bucket list, spending less time enjoying where they are and instead acutely and stressfully aware of the fact that they’re only there once. This kind of thinking is what ruins vacations. While I recommend taking advantage (ethically) of your surroundings and the amazing opportunities awarded by your present location, it’s important to note that travel isn’t about the notches on your bedpost or the fullness of your passport. It’s about appreciating the good and the bad, accepting change but also accepting that maybe some things won’t change. It’s about seeing two sides of a story, and not making judgments about either one. It’s about not burning your bridges so you always have the option to come back. And it’s about craving the unknown, but learning to always love the known as well. 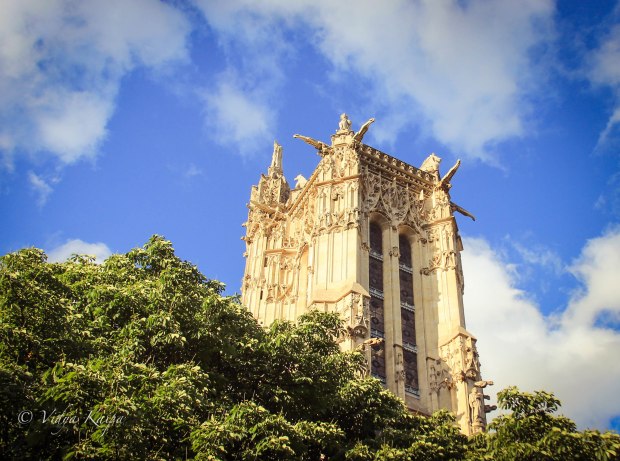 There’s a certain charm to returning, a familiar happiness that comes with a sense of stability and balance. For hardcore travelers, this is what we need to stay sane. And it’s not a bore or defeat to stop the insatiable march towards seeing every country in the world: in bigger cities, there’s always way more to explore within the city limits themselves. (Why do you think I’m back in the Bay?) I learned in Paris, just like I learned in Cambridge and Chiang Mai and Luang Prabang, that sometimes you need somewhere familiar to feel yourself again. But at the same time, just as I shed my skin and transformed into someone slightly new, so did Paris. It’s important to note the transition on both ends.

In a world where timing is everything, there are always unexpected serendipitous events happening, even in cities you’ve been to before. If that’s what you can afford, or what feels comfortable, do so! Though I’d always recommend pushing yourself to see new things, it’s important to have a foreign place to call home, especially when the idea of “home” is such a complex and complicated subjects for most travelers.

Once you accept that “home” can be anywhere, and it’s not a total waste of time and money to travel to somewhere you’ve already been, we can apply this same concept to domestic life. I go to Santa Cruz with my mom pretty regularly, and we for whatever reason usually go to the same beach. It could be boring, but that drive, those conversations, that view – every micro-change affects the overall experience, and anyway, I never get tired of spending time with my mom. Another example: here I am, back in Berkeley, but living a completely different life than the one I lived as a student. Friends have asked why I moved back, incredulous that after a year abroad that I would move basically up the street from my old apartment, but this is home to me. Especially after traveling so often, I appreciate even more the places I’ve been and the places I’ve loved, and I’m eager to add more memories to this town in which I’ve set my roots.

Paris, France – Mini story time!
I had the most delicious fondant au chocolat earlier in my trip, so on my last day in Paris, I had told Papy that I wanted to have one last treat before I left the country. He came straight from work to Montmartre (where I had ended up after wandering the whole day) and, since he didn’t know that area, spent nearly an hour and asked at least five different people so we could have this last meal. I reiterate: Papy’s the man!

← Why I Love the World Cup (And No, It Has Nothing to Do With Politics)
The Battle of Analog v. Virtual Reality →

One thought on “The Art of Visiting Somewhere New Again”